About two months ago, I wrote about the usability of WordPress featured images.

Though nothing has changed in the last few months, there has been one use case that I find leans in the direction of supporting featured images despite their potential improvement for usability. Specifically, it deals with using the Related Posts feature of Jetpack. 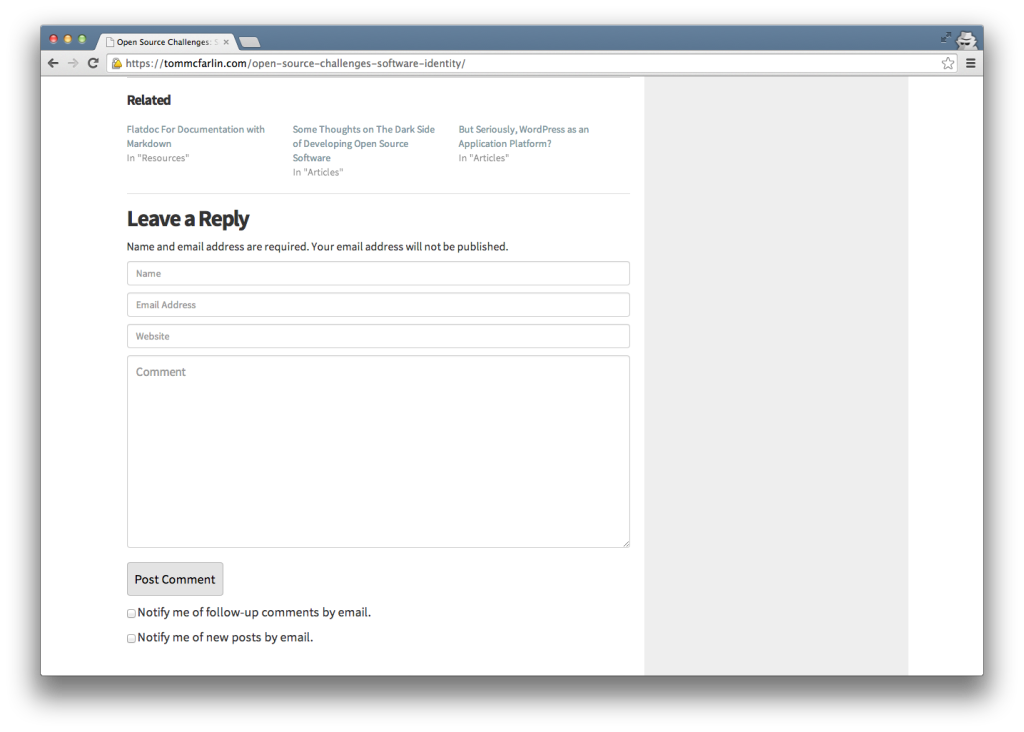 For those who are new to WordPress or this specific feature of Jetpack, Related Posts makes it really easy to add links to similar posts at the end of each post:

The Related Posts feature scans all of your posts, analyzes them, and lets you show contextual posts your visitors might be interested in reading after they’re done with whatever post they’re on.

Though I don’t have any hard data to back up the claim that it increases page views (though it wouldn’t be terribly difficult to pull the data and analyze it), I do find that I personally use the feature when I see it on other people’s sites.

I know, I know: At best, that’s anecdotal and at worst it’s a generalization. Because of that, perhaps what I’m about to share loses any weight, but I figure it’s worth sharing and discussing anyway:

Again, I’ve very little hard evidence to go on when it comes to something like this (and this is coming from someone who likes to have evidence to backup claims so it’s a little weird to write this). Furthermore, I know that this is even subjective especially as it relates to to aesthetics and UI of Related Posts because we all have different tastes.

With that said, I find that Related Posts that have featured images associated with them catch my eye and are more likely to get me to click on them than those without.

Most sites who activate this see an increase in traffic.

For those who blog regularly, I’d bet that you’ve heard of others who have commented on the images you’ve opted to use in a post. For those who don’t use images, my guess is that you’ve been urged to use images or no one has said anything (since there’s not much to say about, y’know, nothing :).