Since the release of the latest version of the WordPress Plugin Boilerplate, the top two things that people have requested are documentation complete with examples, and a generator to ease the pain of having to replace certain tokens throughout the boilerplate’s codebase.

And I’m all for it – I’ve even committed to begin providing this material in early 2015 (and not just via the project’s website, but a few other channels, as well – more on that later). The awesome thing about open source is the contributions that can come from other people.

Over the past few months, a number of developers have shared their implementations of a generator. Eventually, all of these will be collected so that they can be pulled from the project’s web site.

But this week, I received a heads up from Leland over at WP Chat that Enrique Chavez had put together a generator that may be of interest to those who are familiar with the WordPress Plugin Boilerplate. 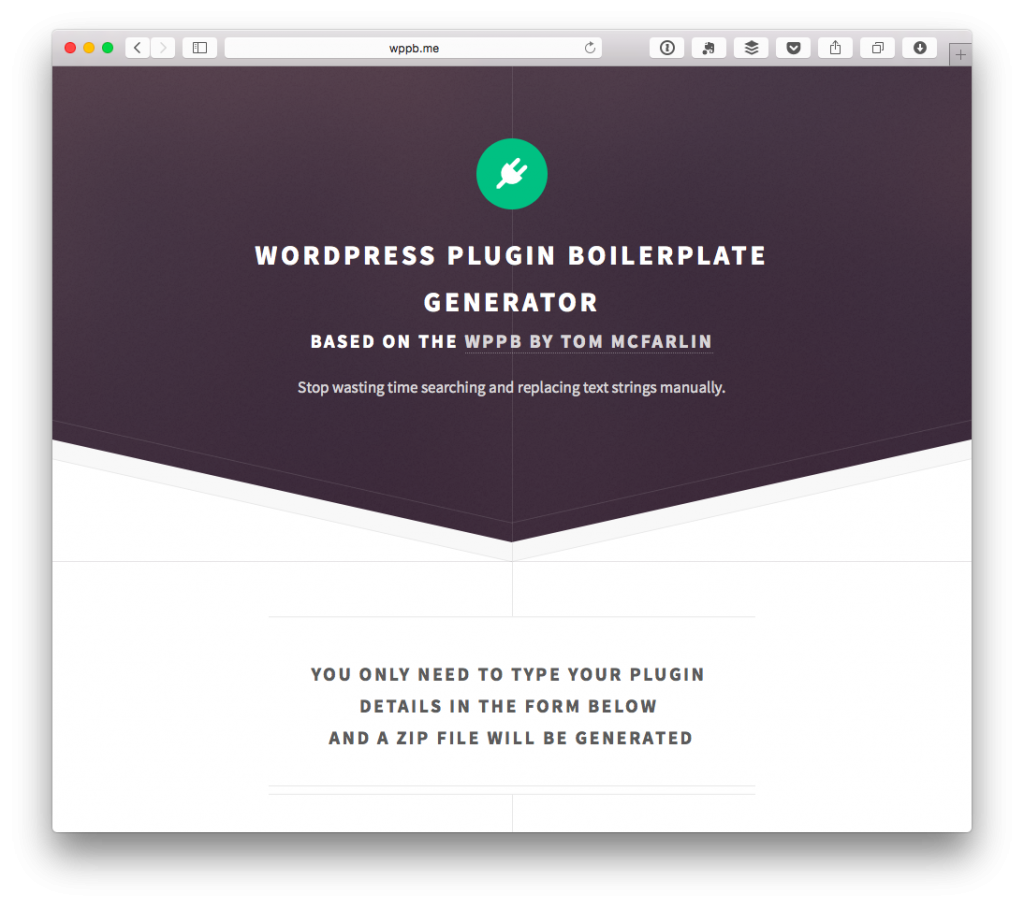 From there, the web app will pull the latest version of the source code from the Boilerplate’s master branch, replace the provided tokens throughout the code, and serve up a zip file with the plugin ready to go.

Again, I plan to begin aggregating all of these resources at the beginning of 2015, but in the meantime, I’m happy to share some of the related projects that I find extremely useful, unique, and running along the same philosophy that’s wrapped up in WordPress.