I don’t consider myself a “creative” – I think that term is usually designated for designers, artists, and illustrators, and other types. Developers – although we create things – are creative in a different way.

Anyway, one of the things that seems to be the most common among people of the similar trade is the challenge that comes with having to solve problems that we’re stuck on during the daily grind.

I can’t speak about designers (though I know this is something that affects those who I do know), but in terms of developers, I know that the problem works something like this:

At some point during a project, we get mired in a problem and we’re unable to solve it. The more we try to solve it, the more the frustrated we get. Ultimately, we step away from the computer, but what happens in a few hours?

We end up solving the problem while focused on something else.

It’s an interesting thing, and it’s something around which plenty of research is done (and, I’m sure even has a proper name for it), but the point of all of this has nothing to do with mentioning the fact that this exists.

It’s how we – as developers or even those creative types – can leverage it to our own success.

Solving Problems in Your Sleep

For example, the first time that you experience this whole thing happening, it’s kinda neat, but the more you work in the field, the more and more you come to expect it. And, at first, it can be a little frustrating because you end up thinking “okay, so when’s are these problems going to work themselves out?”

Then you end up solving problems in your sleep.

But, in my experience, the more we recognize that this is how we work – our how our minds work – or however you want to say it, the more we can leverage it to our advantage.

By that, I mean that if we know we’re going to be working on a problem or a project that has some significant challenges ahead, or we have an idea for a project for which we haven’t actually worked out all of the details, perhaps the best thing that we can do is to let the idea sit on the back burner for a little bit. 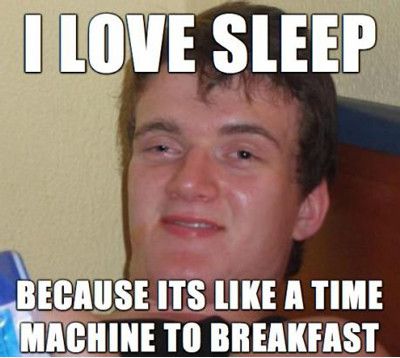 To that end, one of the things that I’ve been doing over the last year or so is, whenever I’m stuck on a problem, rather than getting flustered with the lack of solution, I normally get away from my desk and try to do something else completely unrelated. Usually, it helps.

When it comes to wanting to work on a project for which I don’t have the idea fully developed yet, I jot down the general idea of the project, and then start collecting related ideas.

Then, as I’m doing other work such as reading blogs, magazines, playing a game, watching a movie, or even just hanging out with family and friends, if something strikes me as an idea that could contribute to the project, then I make a note and come back to it later.

Over time, I eventually have enough data to filter that will help shape the project that I eventually want to start.

Maybe This Is Not for You (Or Maybe It Is)

Look for opportunities to facilitate inspiration or solving the problem rather than waiting for it to trike you.

19 Replies to “The Art of Solving Problems in Your Sleep”