Release Week for Standard For WordPress.org

This week, my startup – 8BIT – will be releasing the third version of our flagship product, Standard For WordPress.org.

In fact, I’ve been running this site on the previews that we’ve been releasing in order to be actively kicking the tires throughout development (John has shared his thoughts on dogfooding, too). 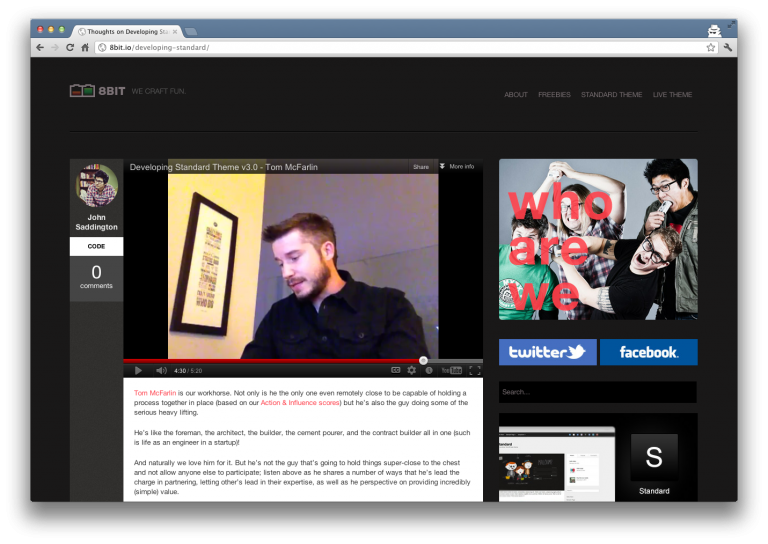 Over the course of the time that we’ve been building Standard For WordPress.org, the team has undergone a number of internal changes to help us better manage our project, codebase, deadlines, testing procedures, etc all of which I’ll likely discuss in a future post.

Additionally, we’ve partnered with Automattic as well as a few other notable guys in the WordPress community to make sure this release is as solid as possible.

This week, each member of the team is sharing his roles and responsibilities at 8BIT as well as his thoughts on developing the current version of Standard. For example, John talks business development, Chris will talk project management, and so on.

I’ll be updating the list as the week continues, but here’s what we’ve got so far:

Be sure to head over to the 8BIT site to check out the videos. We’re launching Friday and there’s still much to share, showcase, and release before the week’s end!