As far and and as exciting as text editing can get, one of my favorite introductions into the space in the last decade has been Markdown.

Then I began to write my text files using the format even if the tool didn’t support formatting because it help to make reading the text file that much cleaner (besides, sometimes word processors are just overkill, aren’t they?). 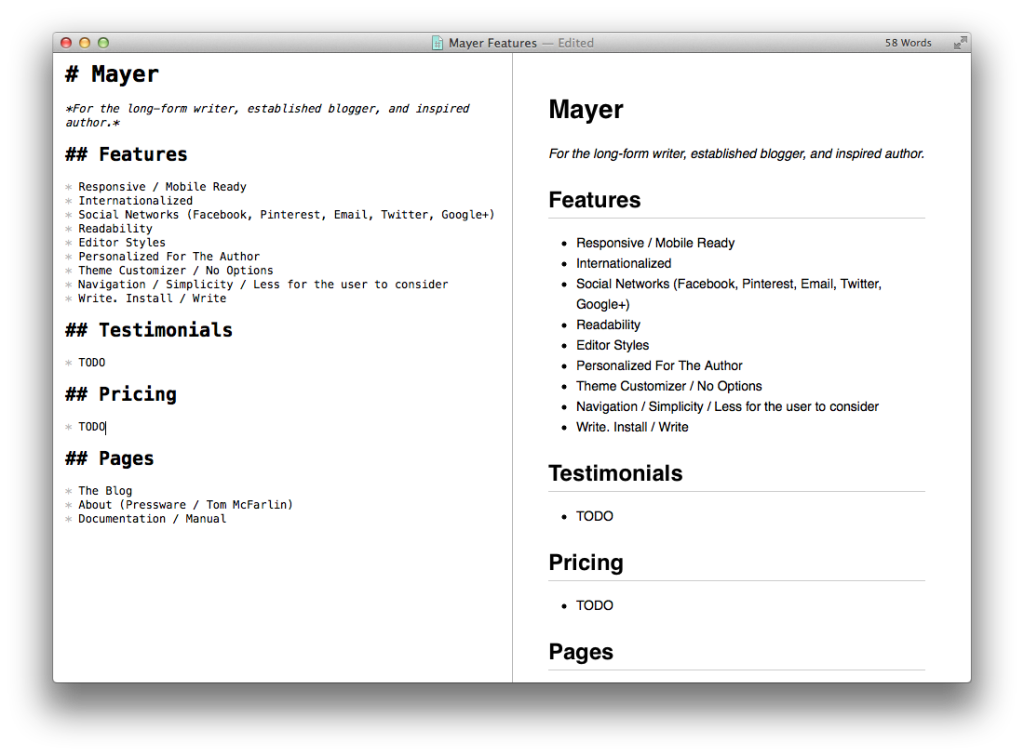 Notes for Mayer in Markdown

Then other development-oriented sites began implementing markdown parsers into their site much like Stack Overflow did when they started. For developers and others who enjoy writing in markdown, it’s been a really cool ride.

I’d say that markdown is more prevalent than it’s ever been.

And although I’m someone who clearly is clearly a fan, I can’t help but think that developers are developing a bit of tunnel vision as it relates to a way for everyone to write.

Markdown Syntax – It’s Not For Everyone

Here’s the thing: Over the past couple of years, as we’ve watched markdown be implemented in more and more platforms, we’re getting to a point to where we’re seeing platforms offering it as a way – if not the way – to write text.

In fact, entire publishing platforms have been built around the concept and marketed as a way that makes it easy to not only draft content, but to get a live preview of what you’re going to see on the front end when the post is published.

But this is where I think those who are involved in technology are giving markdown too much credit.

Yes, it’s easier than markup. Yes, it provides clean formatting of plain text, yes it’s easy-ish to write parsers for it, yes it’s nice that there’s a standard set of rules for it, and yes it’s great that there are so many applications and tools that make it easy for us to use it just about anywhere.

But the truth is that it’s still syntax – it’s simplified form of markup (hence the name) – and I argue that the average publisher, author, or writer is not willing to break away from that.

Just like shortcodes can be viewed as a type of tag or high-level markup, as can markdown. And this, I believe, can negatively impact the user experience for writers.

Learning a Language To Write?

When I hear that a given publishing platform – be it Ghost, WordPress, or whatever else – is offering markdown as a way to publish content, I dig it.

But part of me also hopes that it’s not the only way for people to draft their content because I think that the average person is still used to the WYSIWYG editors, or the editors that have toolbars that resemble what their used to seeing in their day-to-day tools, namely, word processors.

And face it: Reading *this* is not as easy as reading this when you aren’t trained in the syntax, is it? The same can be said for **this** and this, and those are two of the simplest examples.

All of that to say is that I fear the people who are building tools that enable other people to publish are slowly beginning to push their preferred methods onto others who not only aren’t interested in learning the syntax, may not even understand what’s wrong with text-formatted as they know it.

It’s Not The End All Be All – Choices Matter

To that end, I will always advocate for markdown being a choice – not a standard – for people to draft their content, but I also believe that it’s important we not expect non-technical users to want to author their content in that way.

This isn’t a statement about intelligence or willingness or ability to pick up a new syntax, but about writing and the user experience that comes with it.

As someone who enjoys writing, programming, and obviously markdown, I can also say that I’m someone who drafts all of his posts in the WYSIWYG editor of WordPress using `editor-style.css` because, when done right, it helps me to see clearly see what my content is going to look like when it’s published, and shortcuts save me just as much time as do syntax of markdown.

So if I haven’t been clear about it, I absolutely dig on markdown and think it’s a fantastic way to format text for certain people, but I think developers are getting too close to making it one of the default ways of writing which is still too cryptic for the average writer to learn.

I’m all for markdown – let’s make it an option in every text editor or web application – but let’s not make it the standard way in which people have to write.

Give ’em the choice of how they want to write; otherwise, we risk making something that should be fulfilling – that is, writing and publishing – a bit of a frustrating chore.