Easier Dev Practices For Everyone

So I’ve tried to compromise and improve just one part of the process. For now.

The short of it is that for almost 365 consecutive days I, along with numerous other people, have kept the tumblr running for almost a year (and it’s arguably my most successful site to day. Maybe :). 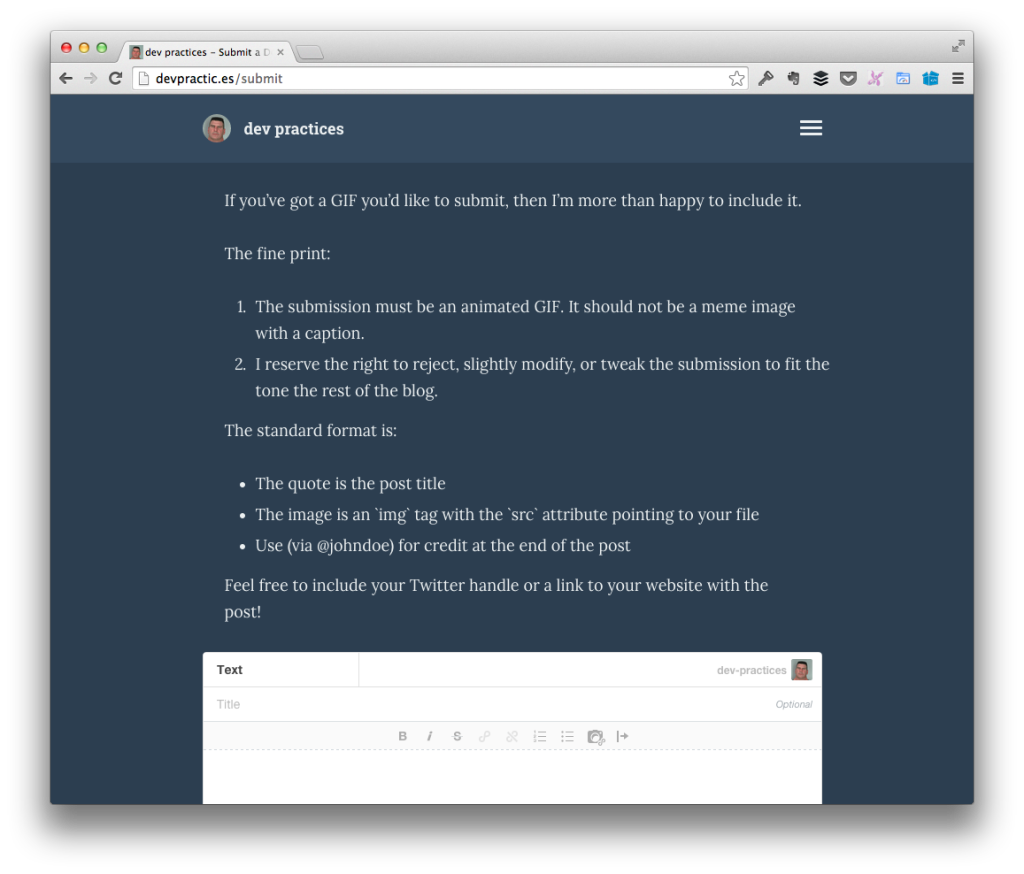 I’ve setup a page with instructions and a Tumblr editor to make it easy for anyone to submit their own GIFs and give themselves whatever attribution that they want.

When you’re responsible for managing a site that gives other people of free reign on submitting animated GIFs with quotes, someone has to keep it civilized – at least to some degree, right?

With that said, maybe it’d be worth seeing who submits the most posts that aren’t approved. That’d make fun for another type of Tumblr wouldn’t it?

Now go submit some dev practices – that page was made for you!