One of the best things about doing any type of experiment is that you’re not necessarily committed to following through on anything beyond seeing if the idea has any value.

Last week, I asked – in awkwardness and all – if there was any reason or interest in discussing WordPress development via a series of video blog posts. Overall, the response between the comments and via Twitter was nearly 50/50. 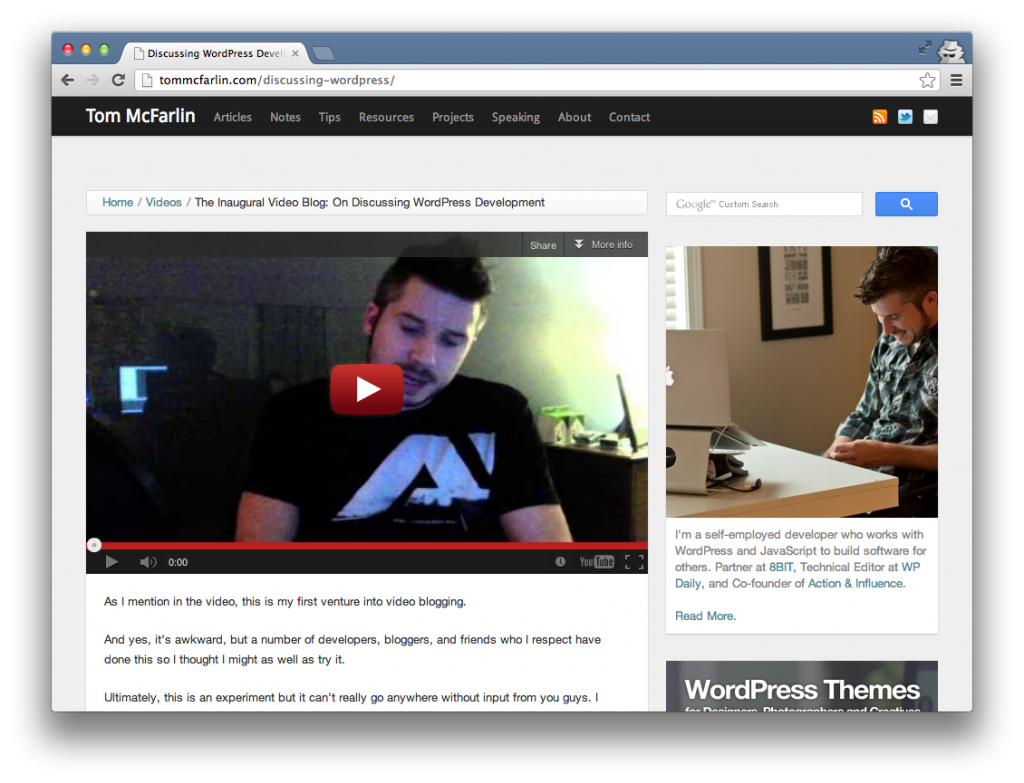 The short of it is that I likely won’t be making video blog posts a consistent part of this site; however, some really good points and/or questions were brought up that I think are worth addressing even if it’s in the form of a normal blog post.

Of course, there were also some ideas that would make for some good video content:

This isn’t to say that I won’t be doing the occasional video post but, for the most part, I think I’m going to stick with what I’ve got going. If I end up doing any sort of videos, I think screencasts are where I’ll go next – I’ve already begun to record a few for Envato, but more on that later.

That said, thanks for all the feedback – I always dig hearing what you guys think and definitely appreciate the candid thoughts.