TL;DR: Here’s how I set up my 2021 MacBook Pro along with links to all the software and the method by which I install them (either via the Mac App Store, Homebrew, or Direct Downloads).

The last time I wrote anything about setting up a new machine was in 2017 and it was specifically for a MacBook Pro and WordPress development. Though I shifted much of my work to a Mac Mini in 2018, I’m now using a 2021 16″ MacBook Pro as my primary machine. And though I still work in software development and primarily work in the WordPress economy for a living:

And how I set all of this up has changed, too.

Since it’s been about four years since I’ve written anything like this, now’s a good time to document my current set up both for reference and to share with the rest of you who find this kind of stuff interesting. 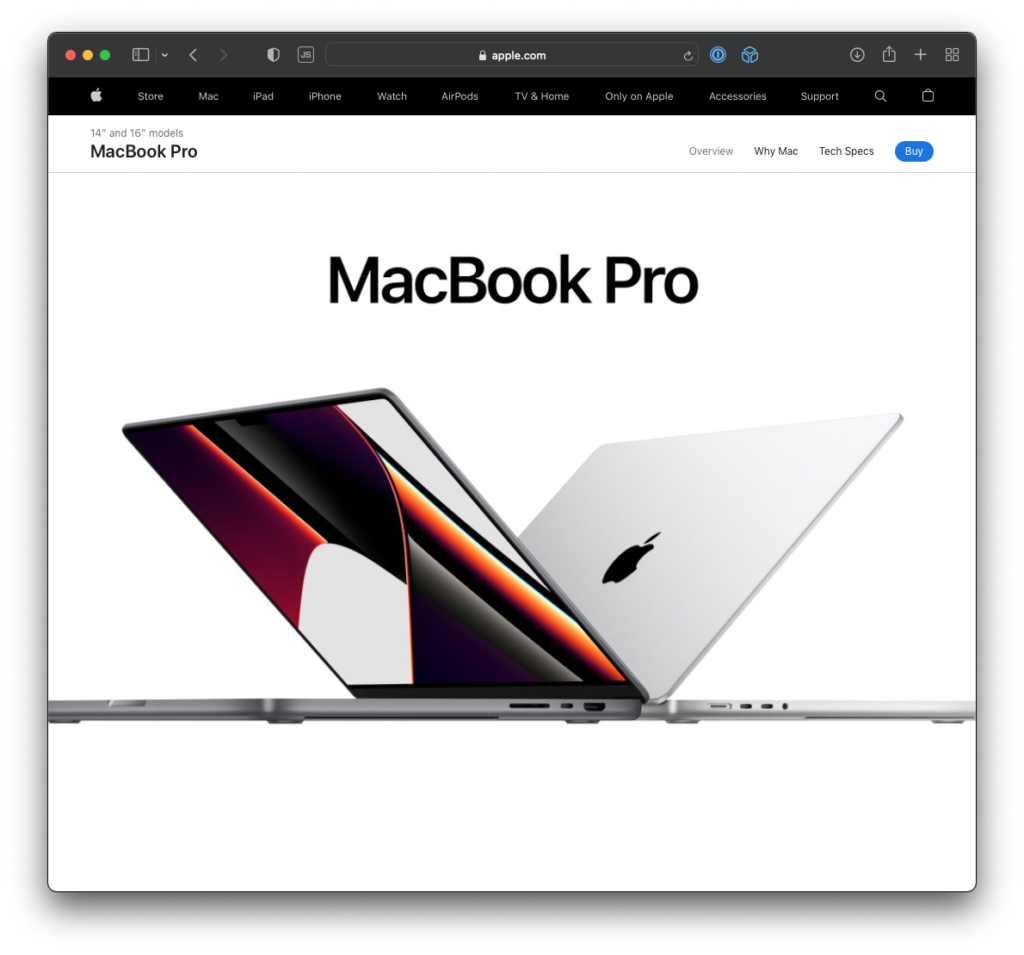 Out of the Box

Aside from taking the machine out of the box and turning it on, the very first thing I do is update all of the existing software.

First, I run a System Update to get the latest version of the operating system. Next, I open the Mac App Store and update any software that’s installed on the machine that has outstanding update.

After that, I run down the usual list of things that I like to customize to to my preferences. There’s no rationale behind many of these other than I like them (and I like them because they help me get stuff done).

That is so say, if you’re looking for some type of scientific or even anecdotal evidence as to why I do this, I don’t have anything to share. It’s purely personal preference.

For the longest time and for fun, I’ve named my machines and hardware after various places in Star Wars. My last six laptops have all been named after Luke Skywalker’s T-16 Skyhopper (so I’ve creatively gone with Skyhopper, Skyhopper2, and up to Skyhopper6 🙃). My Mac Mini was named Starkiller.

I opted to name this machine Scarif. Rogue One is arguably the best – and my favorite – Star Wars movies (at least of the new movies). Because of its story, it’s made the plot of the original trilogy possible so it seemed a good one to go with.

I’ve written quite a bit about using Homebrew to manage different packages and software for my development environment, but I usually keep it dedicated just for that. The rest of the software that I use comes from the Mac App Store. 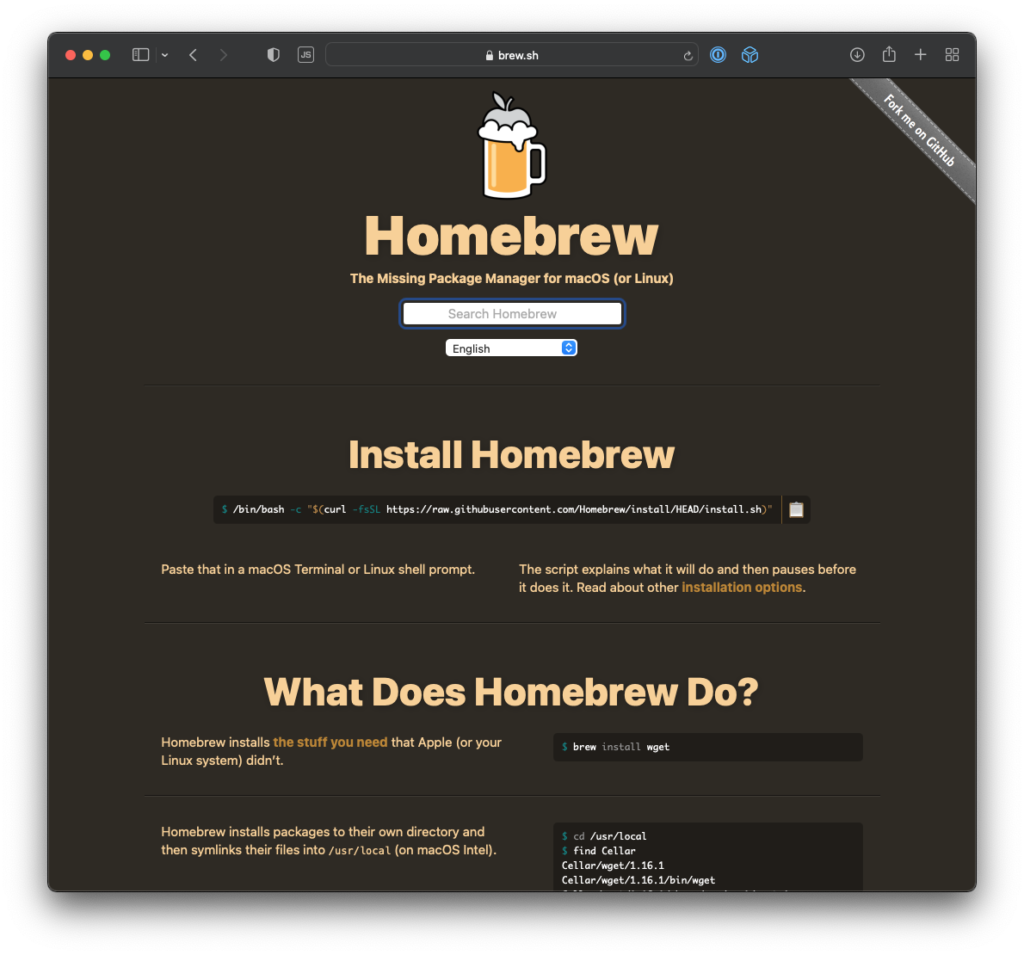 But after reading an article, not unlike this one, from my good friend Carl Alexander, and after prodding him with all of my questions on managing applications through Homebrew, I decided to use Homebrew as much as possible when it comes to installing all available software on my machine.

In this article, whenever I’m talking about a specific piece of software, I’ll note whether or not it’s installed via Homebrew or the Mac App Store.

Before doing anything else, I obviously need to install Homebrew. To do that, I head to the website, copy the command, and issue it in the terminal.

During its first run, it will take a little while to download and install the components it needs. But once its done, it’s easy to get started.

Since it’s not yet added to my system’s path (or my system’s environmental variables, depending on how you think of it), I also issue the following commands in the terminal:

After that, I’ll execute $ brew doctor to make sure that everything is set up and ready to go (if not, I’ll run whatever commands Homebrew instructs but, at this point, it shouldn’t be anything).

The last few versions of macOS have used zsh as the default shell (coming from Bash). To verify that this is what you’re running, you can issue the following:

This will return the process ID and the name of the shell that’s running. 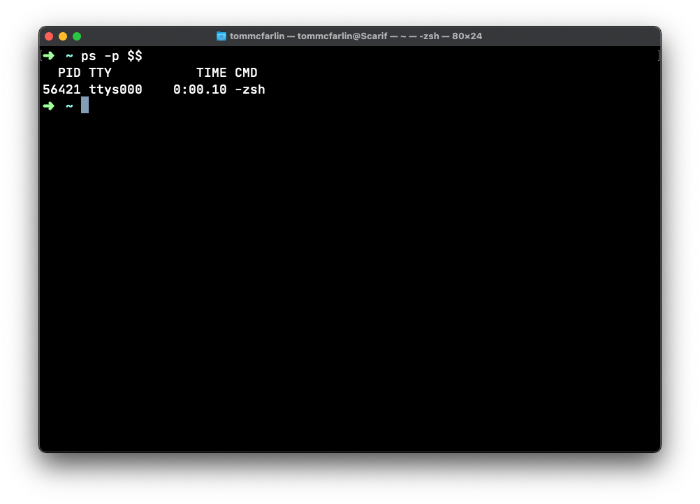 Since I’m running zsh, I immediately install Oh My Zsh which is a library of functions and plugins for the zsh environment. I’ll cover them later in this article but for now, I do this:

Then I enable the following plugins:

At Carl’s recommendation, I also installed zsh-autosuggestion (though tab completion is usually good enough for my needs) we’ll see how this goes).

From there, I install my usual suite of applications. It’s hard to categorize these because some of these are for productivity, some are for development, some are strictly for one or the other, and some don’t fit into either category.

To that end, I’ve broken them out into Development, Work, Productivity, Entertainment, and Utilities.

Each of these are applications that I use for writing software or working with the code that I write. I’m providing an short statement as to why I prefer each of the applications here.

Each of these are applications, that were it not for my job, I probably would not have installed on my machine. I’m not offering up much a description for some of these as they are either already very popular.

Each of these are applications that I find useful in helping me get things done on a day-to-day basis.

These are applications that I use for entertainment.

These are all applications that I either use for system maintenance or that are useful during some of the things I do on a day-to-day basis. It’s not that this is a catch-all; it’s just that these are things that I use more for, ahem, utility than anything else.

Some may come and go as the years go by, but these have been fixtures for me for the last few years so if they are here, it’s because I use them regularly, if not daily.

My goal is to keep this machine going strong for at least five years so it’ll be interesting to look at back at this next time I set up another machine and see what’s changed.