Since being self-employed, I’ve divided my time between building applications for others and as working as a developer for 8BIT. Over the past couple of years, we’ve released a handful of WordPress Themes, but roughly a year ago began to narrowly focus our efforts on our flagship product: Standard.

Yesterday, the team launched Standard 3.0 For WordPress – a product that has been approximately nine months in development. As far as my professional career is concerned, I’m extraordinarily proud of what we’ve accomplished.

When I first came on board working for 8BIT, the initial version of Standard had been released and I was responsible for maintaining the theme and to continue improving it. As the product began to grow, we began to refine our vision for its ultimate goal. So, starting in October of 2011, we began scoping what would eventually become Standard 3.

Over the course of development, we released the final version of Standard 2, partnered with Automattic, and released Standard For WordPress.com.

Shortly thereafter, we began building our the rest of Standard Theme 3.0 For WordPress on top of the core theme released for WordPress.com.

It’s been fun and this release has a number of notable features that I’m particularly fond of, especially from the perspective of a developer: 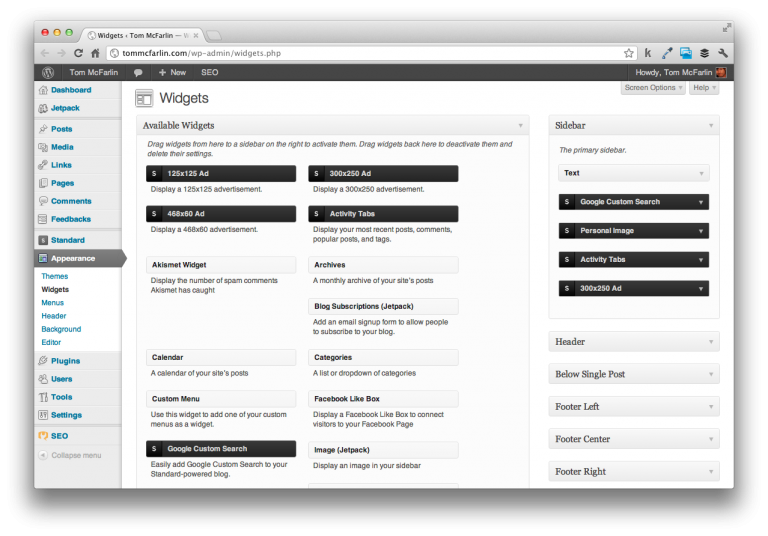 Throughout launch week, the team shared a number of videos each of which highlighted our own unique perspectives that went into building Standard.

But software is never done and we continue to look forward to making this the standard – no pun intended, seriously – option for those who are looking to get into digital publishing.

And we have more to release – we believe that digital publishing starts when you’re offline so we’re also in the process of prototyping an analog product that we’ll begin shipping to a handful of support license customers later this summer.

Nonetheless, I’m proud of the release and look forward to continuing to improve it. Over time, I plan to discuss some of the engineering principles that went into creating some of the features of Standard in hopes that it will foster additional discussion around extending WordPress.