Expanding The Blog Into a Greater Resource

According to Jetpack, I officially started working on this site back in December 2012. To be clear, this is not my first blog nor is it my first attempt at this particular domain, but December 2012 marks when I first began to get really serious about blogging.

To be honest, the main things I set out to do with this blog was to provide a resource on what it’s like to work as a professional WordPress developer (which is a discussion in its own right) and to share my experiences along the way. I have no plans of stopping, but I’d like to think I’ve done a fair job of that over the past couple of years (with the last year being the most notable).

But, just as we do with software projects, the time eventually comes in which you have to remove features, improve features, add new features, and so on in order to continue making whatever it is that you’re doing – be it a service, a product, or even a blog – better.

Matt was one to notice that I’d changed from my own Mayer theme to a new theme. Specifically, I’ve gone with Author by Array. There are a number of reasons of which I’ll share in more detail in a later post.

The Month of March

But this did lead me to thinking more about sharing what I’ve been working on as it relates to this site and to Pressware over the past month.

With the exception of a single contract, I took the month of March off to really, really focus on Pressware and what I wanted it to look like as a business. Originally, I thought I wanted to grow a product vertical out of the business that has historically been a service-oriented business. 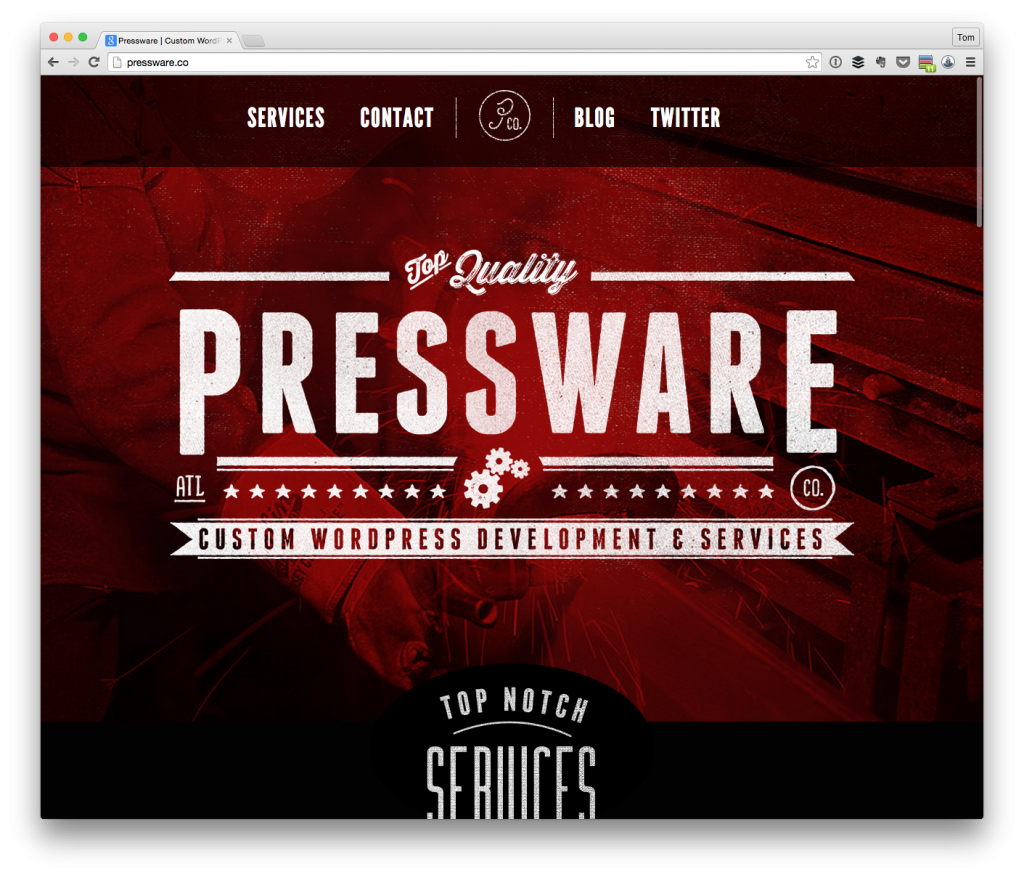 It’s not that I think one variation is better than the other, but it’s that I originally thought that it was the next logical step for me to take as it relates to what I was doing as far as my employment – my livelihood – went.

As it turns out, that wasn’t necessarily the case.

Sure, I’m still working on things: Mayer is still on GitHub and it for sale on WordPress.com and I don’t currently have plans to change that. I plan on open sourcing the Image Widget that I was previously selling, and I plan to continue working on plugins (I do prefer building those as opposed to themes).

But I also realize that I enjoy building relationships with other individuals and companies and building tailored solutions for them. I really want to focus on continuing to do that.

So as far as Pressware is concerned, it’s going to remain a contract-based, services-oriented business for now. Who knows what will happen over the next couple of years?

This is where I’ve landed and it feels really good to have that clarity.

Honestly, it’s kind of weird to talk about this blog as if it’s anything more than just a place where I share a few things that I’ve been working on, tips based on things that I’ve learned in my experience in building solutions with WordPress, and the random thought here and there on other topics. 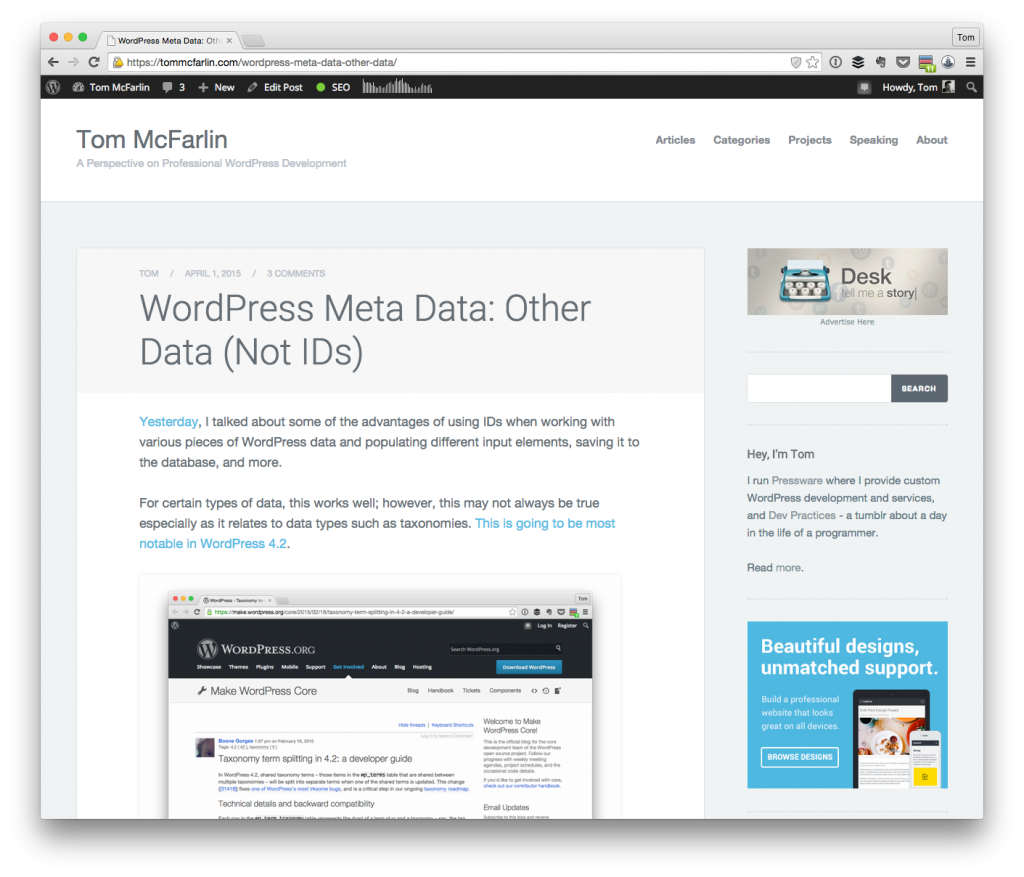 But I get email – almost daily – asking for my thoughts on certain things ranging from blogging and hosting to products and development. I really enjoy helping other people with this kind of stuff, but it’s really hard to spend time in my email doing this every day (especially since there are other responsibilities, too).

Plus, I’m the last person to call myself an expert. I’m working through things just as much as the next person. I’m more than happy to share my opinion and the pros and cons of whatever it is you may ask, but I make no promises that I’m going to give the best solution.

I can only give the best solution of which I am aware.

Anyway, with that said, over the next few months, I want to begin introducing a few things into the site that will help make this a bit more of a resource that the typical, average daily post or something for the random drive-by visitor.

Instead, I’d rather create a stronger resource for those who are involved in WordPress in any way and provide them with tools that help them get off the ground faster.

But it’s not mine.

Instead, I just want to begin sharing some of the things that I use and that I recommend in order to help other people decide what they need for their blog and/or their development efforts.

But A New Theme?

I know – it seems weird to be building and maintaining a theme that I’m selling via one outlet but not using on my own site. And I do have my reasons for that. I also said that I’d be sharing my thoughts about this later.

But as I continue to move things into place that will help me to make sure this site continues to be a larger resource beyond the daily blog post, there are other things I need to focus on accomplishing first.

With that said, I’m open – as usual – to any all questions, comments, and critiques you may have as it relates to trying to helping mature this site a little bit more.