I rarely, if ever, make any kind of posts like this because they’ve always struck me as somewhat meta and I think that they can sometimes represent oneself as if they are more important than they really are.

So here’s a big shot of my profile to disprove that :). 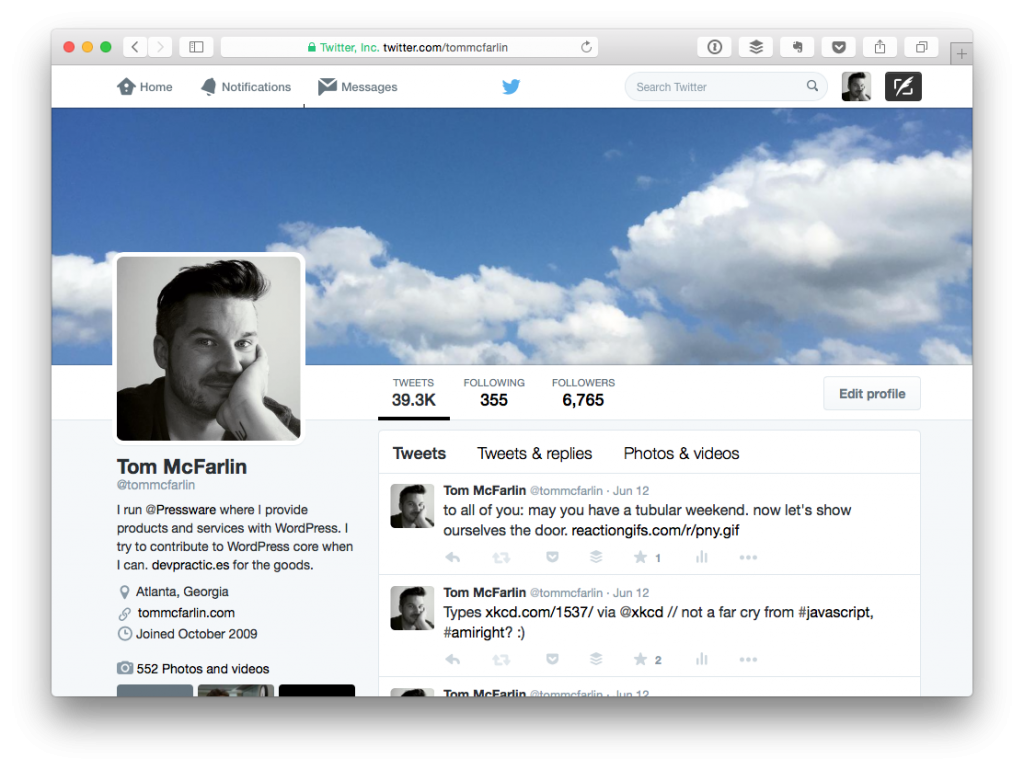 But seriously, maybe that’s what will happen from my doing that, but that isn’t my intent.

The short of it is that from the week of June 14 to June 21, I’ll be offline from Twitter and will be active again on June 22nd.

Other than the usual automated tweets of blog posts from this site and Dev Practices, this will be it. So why is this type of post any different from when anyone else offers to to share this kind of stuff?

Hopefully, it doesn’t come off as me representing myself to world as if I think that what I say matters that much or that my digital presence carries that kind of weight.

Instead, like many of who you read and comment on this blog, you know that Twitter is a way that a lot of people will reach you to ask questions about your field (and, in my case, WordPress).

I try to respond to mentions, replies, and direct messages and it’ll obviously come off as rude if I don’t do that and I try not to be rude, especially if someone is asking for help.

Sure, you can completely argue:

“It’s only Twitter, though, why would you bother elevating it to that level of seriousness?”

Because that’s what it has become: We receive breaking news via Twitter, we meet friends via Twitter, we get tons of information that we wouldn’t get in any other form of communication via Twitter – and I’d say we do so now more than ever.

That’s all. For those who are looking for some type of deeper meaning behind all of this, there isn’t one.

Truth is, there are just some projects and business-related stuff that’s coming up over the next week that I really need to focus on and I’m trying to strip way anything and everything that may become a distraction.

Secondly, if you do have a question that you’d normally ask me via Twitter, feel free to shoot me an email. I try to be quick about replying and I’ll still be checking it routinely.

Is there a hashtag for something like this? And if you use it, is it self-defeating? Anyway, so that’s my big “I’m of Twitter for a few days” announcement.