The Planned Obsolescence of WordPress Themes

Last week, I shared a few thoughts on how I think that major updates to an existing WordPress theme are actually more analogous to a new product rather than an update of the existing product.

That is, if a theme is identified by the way it presents the content of the blog, then it stands to reason updating the look and feel of the theme is changing the very thing that gives the theme its identity.

So, from there, it’s reasonable to ask the question: Once a theme’s design is locked in, should it ever change? 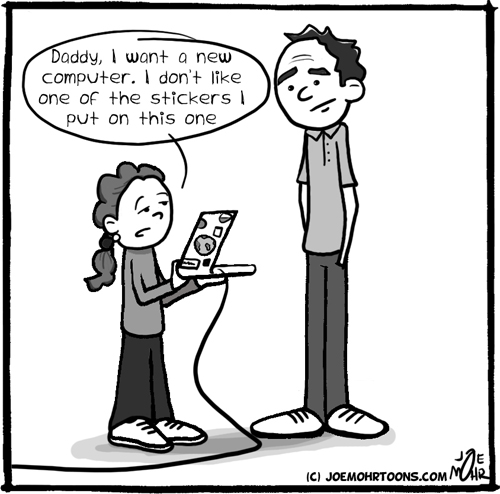 In general terms, the lifecycle of a theme is relatively predictable:

So how do we keep others interested in using our themes without having them get bored with the way the theme looks?

Since themes are built on top of WordPress and WordPress is built on top of server-side and client-side technology, it stands to reason that whatever we’re working with right now will likely change within a year or two.

As such, one thing that we can do in order to make sure our themes stay current is to make sure that the underlying code is updated to keep up with the updated WordPress APIs and browser technologies.

This is similar to the previous point in that nothing really changes about the way a theme looks, only the way that it’s put together. So in addition to updating the code from, say, previous versions of HTML to HTML5 and from using deprecated APIs to current APIs, there are addition things that can be done such as improved internationalization, accessibility, and minor changes to, say, the typography in order to improve the readers’ experience.

This can be seen in theme’s like Twentytwelve where the overall look and feel of the theme hasn’t changed over time, but the theme has remained updated, consistent, and compatible with current trends.

All themes are eventually going to hit an end of life. When this happens can be influenced by a number of factors, but the general ideas behind the theme don’t have to change.

That is, let’s say that you have a theme specifically designed to showcase photos taken from a mobile phone while on the go – that is, you have a theme that’s primarily meant to be used via the WordPress mobile app and to be viewed by those on their mobile browser.

Then assume that perhaps the standard screen size becomes larger, design moves from skeuomorphic to flat, and/or general color trends change as well. We want to make sure a given theme continues to exist but with a look that remains consistent with current trends.

This can be achieved by forking the existing theme, maintaining the previous version, and carrying the new version into the major updates.

There Could Be More

Even though I think the above three points can go a long way in helping others want to continue using a theme, there’s ultimately nothing that can prevent people from changing their tastes. It’s part of the reason we buy new clothes, new devices, new cars, and so on – sometimes, we just need to mix up the way something looks.

To be clear, I’m certainly not implying that we need to try to lock users into themes through the use of advanced features (that really belong in plugins) nor am I saying that we need to introduce more and more functionality into a theme in order to keep the users’ attention.

Instead, I think it’s more important to lock in a relevant design, modern code, and WordPress compatibility and then plan on continuing to release more relevant, updated themes in the future recognizing that themes can’t last forever while simultaneously keeping the same design that it had when it was first released.

This is essentially planned obsolescence of WordPress themes and the more comfortable we are with admitting that – as is true with so many other products – the less restrictive it feels to think about maintaining a theme forever.